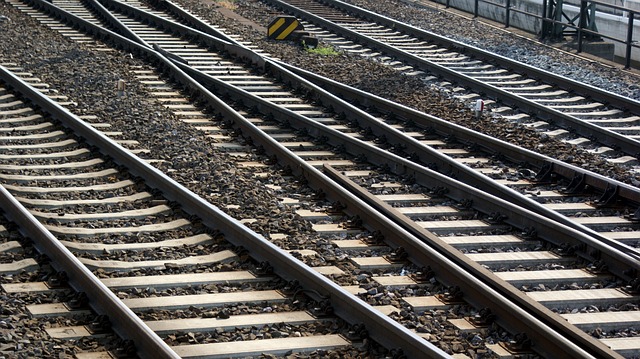 Allocation to a track

Part 26 of the Civil Procedure Rules (CPR) provides for the allocation of defended cases to one of 3 tracks; namely the small claims track, the fast track or the multi-track; CPR 26.1.

Which track a case is allocated to reflects the time and resources appropriate for its just disposal at a proportionate cost; CPR 1.1.

The balance between the small claims track and fast track

Whether a case is allocated to the small claims track or fast track is of considerable significance in relation to the recoverability of costs.

It may be in the interests of a party to have a case allocated to the fast track to justify instructing lawyers and to be able to recover the costs of doing so. On the other hand, the allocation of a case to the small claims track preventing a party recovering the costs of legal representation may be of tactical advantage.

Factors affecting the ‘Value’ of the claim

In determining the value of a claim, interest, costs and any amount not in dispute are not included in the assessment.

“Any amount not in dispute” includes, in relation to a claim, an admission made by the defendant prior to allocation that reduces the amount in dispute; Akhtar v Boland [2014] EWCA Civ 872.

Paragraph 7.4(4) of Practice Direction 26 states, “It follows from these provisions that if, in relation to a claim the value of which is above the small claims track limit of £10,000, the defendant makes, before allocation, an admission that reduces the amount in dispute to a figure below £10,000 (see CPR Part 14), the normal track for the claim will be the small claims track”.

Is the normal track appropriate for a particular case?

(1) In considering whether to allocate a claim to the normal track for that claim under rule 26.6, the court will have regard to the matters mentioned in rule 26.8(1).

Matters relevant to allocation to a track

(1) When deciding the track for a claim, the matters to which the court shall have regard include –

(a) the financial value, if any, of the claim;

(c) the likely complexity of the facts, law or evidence;

(i) the circumstances of the parties.

See further CPR 26.8 and the allocation principles set out in paragraph 7 of Practice Direction 26 which supplements CPR Part 26.

The allocation principles set out in paragraph 7 of CPR PD 26 do not provide any guidance on how complexity is to be judged for the purposes of track allocation.

However, a number of reported PPI (or payment protection insurance) cases – albeit at first instance and therefore only persuasive and not binding – have looked at complexity in the context of track allocation.

Both decisions were appealed on the grounds that the cases should have been allocated to the fast track given the complexity of facts and law and the circumstances of the parties; specifically, having regard to the overriding objective, that the parties should not be placed on an unequal footing by the claimant not being legally represented.

Both cases follow a consistent approach, on the particular facts, favouring small claims jurisdiction. A number of factors can be distilled from the judgments.

Fairness and the overriding objective will be looked at in the next section.

In Gillies v Black Horse Limited, the judge noted that,

Mr Gillies’ claim is based on a number of familiar grounds; he alleges (amongst other things) misrepresentation, breach of the Insurance Conduct of Business Rules amounting to a breach of statutory duty under Section 150 of the Financial Services and Markets Act 2000, an unfair relationship pursuant to the Consumer Credit Act, negligence and breach of contract. Those are all certainly pleaded allegations and they are issues raised in many of these cases”.

Although a number of different legal claims were pleaded, in both cases the court was satisfied that the essence of the claimant’s case was that a misrepresentation was made to the claimant about whether the PPI policy was compulsory or not.

In Loughlin v Black Horse Limited, the judge held the view that, “These matters are much more straightforward than they appear to be”.

The court in both Gillies and Loughlin noted that some of the issues had been considered in the higher courts, with the judge in Loughlin stating, “Looking at the pleadings some of them have now been dealt with at a higher level ……… and the district judge is well able to take those matters into account in guiding the litigant through the small claim”.

It should not be assumed that cases allocated to the small claims track must be devoid of complexity.

In Loughlin the judge noted, “it is my experience of experienced district judges that, in dealing with these cases which are the subject of a significant number of claims, they become pretty experienced in the issues that arise and how to deal with them, and if something goes wrong then the litigant may appeal”.

CPR 1.1 provides for a procedural code with the overriding objective of enabling the court to deal with cases justly and at proportionate cost.

(2) Dealing with a case justly and at proportionate cost includes, so far as is practicable –

(a) ensuring that the parties are on an equal footing;

(c) dealing with the case in ways which are proportionate –

(i) to the amount of money involved;

(ii) to the importance of the case;

(iii) to the complexity of the issues; and

(iv) to the financial position of each party;

(d) ensuring that it is dealt with expeditiously and fairly;

(e) allotting to it an appropriate share of the court’s resources, while taking into account the need to allot resources to other cases; and

Litigants in person are becoming increasingly common with the cuts to civil legal aid and the increased limit for small claims jurisdiction. The overriding objective requires the court to ensure procedural fairness for all parties and, in particular, where appropriate, to allow a degree of latitude to a litigant in person.

In Loughlin v Black Horse Limited, the judge accepted the evidence that if the case was treated as a small claim, it was highly likely that the claimant would have to bring his case on his own (with Black Horse almost certainly represented by solicitors) but then went on to state that, “….given that the issues in this case are relatively straightforward and more or less the same issues as arise in Gillies, it does not seem to me that there is any real justification that this point is a good one. The real question here is whether this is a case which should be allocated to the small claim or the fast track in order to enable there to be a fuller argument by legal representation of the issues that arise”.

Another more recent PPI case, Williams v Santander UK Plc [2015] EW Misc B37 (CC) (21 August 2015) considered an application to reallocate a case allocated to the small claims track to the fast track. In doing so, reliance was once again placed on legal complexity and inequality of arms (the parties being placed on equal footing).

As to inequality of arms, the district judge hearing the application for reallocation noted that “…the court is and, as judges, we are, regularly faced with litigants in person and we try to ensure at all costs that the parties are helped through any difficulties that they may face in such a hearing”.

(5) Are costs proportionate to the sums in issue?

In Williams v Santander UK Plc, the district judge responsible for the initial allocation to the small claims track noted in his order that, “the costs likely to be incurred by allocation to any other track would be wholly disproportionate to the sums in issue”.

(6) Be realistic about the extent of your claim

Care must be taken when deciding how to put one’s case.

It is an abuse of process justifying the strike out of a claim where the amount at stake is out of all proportion to the litigation costs of the parties and the judicial and court resources which would be taken up by the proceedings; Sullivan v Bristol Film Studios Ltd [2012] EWCA Civ 570.

In Sullivan, it was considered that the small claims track would have been a proportionate forum in which to hear the case. However, that route had been ruled out by a grossly inflated claim leading to allocation to the multi-track, with considerable costs being incurred in High Court proceedings and increasing apparent complexity and likely length of proceedings.

Where a case falling within the small claims limit is allocated to the multi-track as a result of an inflated counterclaim, the defendant may be penalised in costs; Peakman v Linbrooke Services Limited [2008] EWCA Civ 1239.

In this post, I have taken a look at some of the factors affecting track allocation and some of the consequences of ending up in the wrong track.

As noted earlier, the PPI cases do not create a binding precedent. They do however show the courts taking a consistent approach to track allocation when considering whether the normal track is appropriate for a particular case.

District judges hearing cases allocated to the small claims track are used to ensuring procedural fairness in the hearing and, in particular, so far as is possible, providing assistance to a litigant in person to ensure that the parties are on an equal footing.

To speak to a barrister